A Short History of D.A.T.A.

In 1972 a small informal group of patients and their partners as well as medical and support staff formed to discuss machine, medical, personal, physical and social problems encountered by patients on home Haemodialysis.

In 1972 a small informal group of patients and their partners as well as medical and support staff formed to discuss machine, medical, personal, physical and social problems encountered by patients on home Haemodialysis.  They met at regular intervals as a means of keeping in touch, as well as recording and openly discussing problems.  A weekly newsletter “Shoestring” was established and commenced on 21st December 1972 ably edited by Sr Ada Wilcox.

The Home Dialysis Association of Victoria was formed in 1972 with the founding committee members: 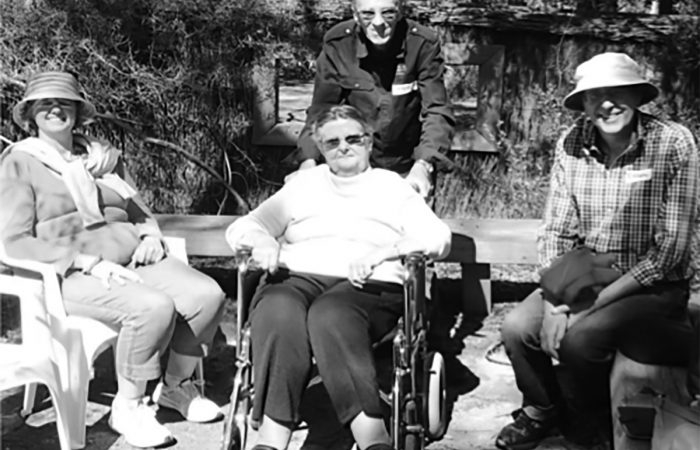 “Living with renal failure is a long and winding road. But during it all, I have continued to look for ways to fully live my life the way I want to, and not the way my medical issues dictate. Anything is possible if you put your mind to it.”

The Main aims and objectives of the Association were to be of practical and emotional support to its members and indeed to all dialysis patients be they financial members or not.  They also helped lobby governments for financial assistance in providing machines for home use as well as some rebates on the cost of running the machine at home.

A very important aim was to set up a dialysis machine in a holiday home so that members/patients could avail themselves of a holiday without the necessity of carting a trailer loads of equipment and disposables for that badly needed break away from the hassles of everyday life.  Thus the idea was developed, the dream formed and fund raising began.

Shoestring  was mailed to members and indeed to any E.S.R.F. patients who contacted a Renal Unit.  The two monthly meetings took the form of barbecues and quiet get togethers either at members homes or in public places with a guest speaker, a general information period and the social gathering for a nibble, a cuppa and a quick chat with new friends and old.

One of the six yearly meetings was the A.G.M. held in July (Now August) in the Leslie Jenner Nurses Home Lecture Theatre at the Austin Hospital and another was the all important Christmas party barbecue at the home of Mr and Mrs Ron and Elvie Jones in Rosanna.

Alot of the meetings were some sort of fund raisers with the above mentioned two meetings raising the main bulk of our annual income from the two 20c Special Effort Raffles.

Our dedicated and determined little group continued on but as we were a self-help  group and not a registered as a Charitable Organisation, funding from other sources, ie. Government Trusts and Commerce and Industry.

By early 1979 we recognised that the dream of setting up a dialysis home equipped with permanent dialysis machine was going to need more than two Special Efforts per year and 20c raffles.  The funds were raised by the Jones and Sutherland families in a public appeal and a target of $80,000 was set.

With the funds now raised (it was declared the most successful Appeal in the history of fund raising – $125,000+) a sub committee was formed to over see the purchase of a dialysis home on the Mornington Peninsula was chosen because of it’s popularity with families and proximity to Melbourne for ease of servicing machines etc.  With the assistance of the Lions Club with whom we are still associated and Hendersons Estate Agents a house and land in Rosemore Street Rosebud was located within days.

The home was set up for dialysis by the technicians from the Austin Hospital, sewerage was connected and the Opening Ceremony of the Home Dialysis Association of Victoria Rosebud Holiday Home was held in June 1981.

In the early eighties suggestions were being tossed around for a change of name.  In June 1980 Jenny Joseph had suggested the Dialysis Association of Victoria or the Dialysis and Transplant Association of Victoria.  Most of the members and Committee members joined when they became dialysis patients. They subsequently received transplants and whilst some drifted away from us, many remained with us continuing to make a contribution.

Thus it was felt that the word ‘Transplant’ needed to be added to our name to include Transplantees.  So the organisation became known as the Dialysis and Transplant Association (D.A.T.A.) of Victoria at a Special General Meeting on the 11th October 1981.

As the Association’s activities were growing in leaps and bounds, Incorporation became necessary and this was very capable handled by Bernie Keely who also became our Public Officer.  Bernie was a prime mover in the establishment of both the holiday homes as well as being Treasurer from late 1985, he held these positions for over ten years and was always assisted by his wonderful and supportive wife June, who passed away in 1994.  Bernie retired from D.A.T.A. duties to a life of leisure in Mandurah, W.A. with his second wife Ann. Bernie passed away in 2014.

Everyone can use a little help

We are a purely volunteer-driven organisation. Please donate to help us continue our work in assisting people with kidney failure.